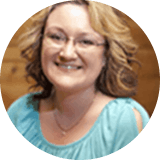 Cathy Tibbles is a boss – figuratively and factually speaking. In her life, family comes first; however, she does not allow this priority to cause her to lose sight of her career goals. Before introducing three daughters into this world, Cathy worked as an insurance adjuster and then as a children’s director. When family life forced change, Cathy responded appropriately, yet could not ignore her burning desire for a good challenge. She sought out a strategy to begin making money online through blogging. Unfortunately, it, was a get-rich-quick scheme that yielded a laughable $0.82. Yet in the process, Cathy learned something. Writing was not her forte. But she also learned that her life passions were in teaching and philanthropy. She began searching for an alternative avenue that would provide: work-life balance; life fulfilment, purpose, and of course, money. Her search would lead her to play with website themes and templates which motivated her to begin learning CSS (Cascading Style Sheets).

In keeping with her drive to discover, Cathy sourced inspirational figures in her field of interest. As an example, she began following Brian Gardner before he founded his StudioPress endeavor. Though she struggled initially, Cathy grew increasingly fluent at working with themes, specifically child themes, in WordPress. Soon she would also overcome the entrepreneurial myth that blurred the lines between being good and being an actual business person.

The primary motivation for Cathy’s success stemmed largely from her boredom with being “just a mom”. While motherhood was certainly no small feat, it did not prove stimulating in the way she needed. Another motivator, was her desire to be a role-model parent. Rather than subscribe to the idea that parenthood and career are mutually exclusive, Cathy has chosen to be a consistent example of hard work by providing opportunities to show her children what it means to be challenged and how to give back to the community. Now, five years later, the amount of progress she has made is nothing shy of impressive. Success is a reality. When Cathy started out, she admittedly did not know the difference between a Windows operating system and a server. Now, she is founder and CEO of her own design shop that offers everything from beginner, “Getting Started”, design packages to support packages for other designers.

Rising to the Challenge

After working with a variety of small bloggers, Cathy recognized that their websites were frequently attacked. She maintained her perspective in that the benefits of using WordPress outweighed the shortcomings, yet she still acknowledged that something needed to be done to address the increasing vulnerabilities and subsequent threats to sites using the platform.

When a customer’s site was hacked, they often reached out to Cathy for assistance. The cost to clean a site would run about $1000 and the process would include downloading and scanning documents. Cathy would open the documents in Editor and would visually read every one. Despite the income the cleanings generated, this method proved to be cumbersome and time-consuming in a way that left Cathy pressed for finding an alternative solution.

As Cathy honed her skills at a WordCamp event, she connected with one of the Sucuri founding partners and was introduced to the security products the company offers. Her initial thought was that the service was expensive; however, as she added additional clients, she found the service quickly paid for itself.

Cathy began implementing a security strategy for each of her clients. Each security package provided exactly what the business needed. Moreover, the overall solution comprehensively addressed the time constraints and subsequent concerns Cathy encountered with security compromises. The Sucuri top services utilized were: Malware Scanning, Remediation (for clean up) and the Firewall. Cathy has seen the benefit the Firewall provides and plans to promote it as a means of prevention for her clients.

I trust that Sucuri has the experts. I love your ethical disclosure and that you work alongside WordPress without any arguments. I appreciate the level of expertise and the cost and the quickness of ticket turnaround. You guys have even helped with situations that turned out not to be malware. Instead of saying ‘Nope, that’s not our problem.’ and sending it back to me, Sucuri reps will go way beyond and say ‘This is the error that I’m seeing.’ and suggest some things to try with it. The customer service is beyond what it needs to be, and it’s rare too.

One of the key lessons learned from implementing Sucuri Security products is that there has been no reduction in the frequency of attacks. Websites continue to be targeted, yet Sucuri provides a solution that prevents a successful attack and gives much needed peace of mind. Prior to having Sucuri products in place, Cathy could realistically spend days cleaning an infected site. That grueling process has since been reduced to merely reporting a security compromise via ticket submission. An 8 to 10 hour procedure has become a single form completion task; it is as simple as that. Additionally, sales have gone up in the retainer package. And, Cathy is also able to assure customers that compromises they encounter are more likely the result of an automated spider looking for vulnerabilities rather than a strategically-targeted attack. Though not entirely comforting , it is certainly beneficial for all clients to know such issues are normal, not personal.

You are so much better at it, and I don’t have to worry about it. I can also tell my clients that they are not in my hands necessarily, but they are getting top of the line security which is better than what I can provide. I’m taking care of them by getting the experts involved.