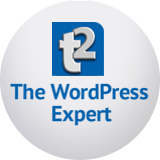 Tom Todd is an entrepreneur and WordPress expert. As founder and resident WordPress aficionado of the website t2websites.com, Tom continues to carve a notable niche for his company. The Oregon-based company focuses on custom website design and development for both traditional and mobile use. They also help create SEO-inclined content. To accomplish their goals the company began leveraging the WordPress platform in 2007 as it allowed remarkable scalability of their product. Since forming the business in 2002, Tom has leveraged his more than 25 years of career experience to successfully identify key differentiators, optimize market niches and overcome various obstacles.

Tom Todd’s early days were marked by a position at Fred Meyer as a buyer for electronics. Founded by one of the “Great American Entrepreneurs” the Fred Meyer Store provided a great training ground for Tom Todd. He would move on to EggHead software to work as a general merchandise manager overseeing purchasing and product selection. In the course of 10 years, the company’s sales grew exponentially and eventually began to refocus their distribution to an Internet based model. That move, however, would cause Egghead to encounter an ill-fated meeting with security compromise.

The compromise created significant concerns for existing customers regarding private credit card information. The result was a significantly challenged public perception for the company, stalled sales and ultimately a reverse in the growth they had experienced in previous years. Thankfully, prior to the unfortunate occurrence that compromised Egghead, Todd grew beyond his time at Egghead and took his next career step at the company’s height in 1995. Todd leveraged his early experience with Internet business sales and eCommerce into his next career move as an executive recruiter for growing online companies like American Online, Amazon and CD Now. He worked to match executive talent from traditional brick-and-mortar stores with young companies working to capitalize on the online opportunities that the Internet presented.

In 2000, that Internet bubble burst and there was a recession in the high tech industry. Unable to find a job, Tom did what many Americans in pursuit of “the dream” do. He started his own company.

Armed with a passion for helping others grow their business and a fascination with business ownership, Todd began to work diligently for himself.

Further utilizing his unique knowledge of the Internet business space, Tom began developing pages using Microsoft Front Page. He would then evolve to use Dreamweaver and finally WordPress. Early on, he acknowledged his aptitude for the technical aspects of site development.

I found that even though I’d spent 25 years in merchandising and business management, after I got into website development I was really good at it. I thought it would be very boring, but I found that I really like it and am good.

Yet, he also realized his weakness in the area of design and partnered with friend, Tim Kimble to maximize the opportunities on the design side of the house. Tom’s wife, Jen Todd, also became a part of the team and brought with her more than 20 years of experience in marketing copywriting and editing. She had additionally worked with a number of big brand names like AT&T and Expedia with experience across a wide variety of subject matter.

With his team assembled, Tom began making serious strides to create authentic value for his customers and offer a complete picture of the online world and business process.

We build WordPress websites that are customized. They don’t look like a template and are built to capture the essence of the client’s business. Our process includes a fact finding session to determine who their audience is and how to best appeal to them.

T2websites now runs the full gamut of SMB businesses, serving everyone such as top interior designers, law offices, authors and even dog-parks.

A Challenge of His Own

As the business grew, Tom continued to learn more and more about his customers and his business. He found that his client used multiple hosting platforms and decided it may be wise to begin using and recommending a single, high-quality solution for the purpose of congruency and scalability.

The clients I have are with all sorts of web hosts, I’d really been looking for someone who was good. I kept seeing SiteGround, but I’d never heard of them before. They kept showing up #1 in reviews, so I decided to give them a try.

The move unearthed a problem with Tom’s site that was similar to the probelm which brought Egghead to its knees. The problem was a security compromise. Tom was less concerned with why his website was hacked and more concerned with what to do. Knowing something had to be done but unsure of the right move, Tom contacted his new-trusted host.

In the process [of moving to SiteGround] my own website was hacked. I contacted SiteGround and they mentioned that they partner with Sucuri.

Aware of a team that could solve his problem, he reached out. The solution, though complex in nature, was simple for Tom. He purchased a package with Sucuri that included both remediation (Malware Removal) and protection (Firewall). The malware was removed and the website clean.

There was another problem, however. As a result of the hack, Google posted its infamous bright red warning message in search engine result pages – “This website may be hacked.” Considering the growth of the reliance on Google as the search engine of choice, this warning message could instigate a public perception issue like his former employer experienced. Yet again, a complicated situation held a simple solution for Todd with Sucuri in place. The team had already submitted the site to be re-evaluated and the message was removed.

The Good News Gets Better

In the wake of the event, Tom found an interesting event occurred. His SERP (Search Engine Results Page) position improved, significantly. He describes his assessment:

Tom and his team were surprised to find that for the SEO key term: Seattle WordPress Developer, their company moved from position #9 to position #1. A study published by Search Engine Watch asserts that the #1 position in Google garners more than 30% of search traffic while the #9 position receives less than 5%. Based on this statistic, t2websites.com can expect more than a 20% increase in their site traffic. Another study, published by Marketing Land, shows a similar disparity in search traffic based on SERP positioning.

Generally what I’ve seen…[is that] often customers are only checking out the top 3 results. [Being #1] dramatically increases the number of calls you get—it’s worth it’s weight in gold. I could never afford to pay for the advertising that would put me in the #1 organic ranking.

The Sucuri Platform package proved to be a great success. The package included the Web Application Firewall, and after completing the setup process Tom noticed immediate changes. Using Google analytics, Tom could see that he was getting traffic from many bots that were not actual people. That was not a good thing. However, he reports that the firewall has been blocking those.

Out of my 200 website clients, I’ve had a dozen have their sites hacked and of those dozen 2 had it hacked more than once.

Taking notice of a measurable difference in his online presence Tom shares his new attitude toward his company’s website security posture.

I decided I don’t want to go through that again. The only security I was using before was the security that identified IF you had a virus—but no solution (or easy solution) to resolve it. When Google posts that message, it’s just killer—you never, ever, ever want to have that happen. My mission changed to be more proactive.