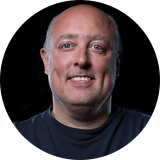 Gary Arndt is the name and world-wide travel is the game. Gary is one of the most well-known travel bloggers in the travel blogging space. He has visited more than 175 different countries & territories around the world. When asked about his favorite locations, he notes:

One memorable trip Gary recalls was to South Georgia Island, in the atlantic ocean between Africa and Antarctica. It is the world’s largest breeding ground for penguins. His experience informs us that there are no humans, but there are hundreds of thousands of penguins “as far as the eye can see”.

He has also sailed up the west coast of Africa and explored the rarely visited Sierra Leone, Togo, and Ghana. Places many do not travel due to misperceptions, fear or lack of cultural knowledge. He found his experience there refreshing and received a warm welcome and lasting impression from the people of the land.

The work began in 2007. Gary sold his house looking to pursue world travel. The plan was to travel for about a year… maybe two. However, a number of successful results, while traveling, led him to make a much larger commitment. Now, eight and a half years later, he is still traveling and has built a large social following around his experiences. He also taught himself the art of photography which he leveraged into additional income in his career as a travel blogger.

Gary explains how the initial goal of his website was only to remain connected with those closest to him:

While I was traveling, I kept a website to keep my friends and family up to date on what I was doing. That site over time became very popular and now it’s my business.

In the earlier years, Gary was not focused on monetizing the site or leveraging the traffic from his audience. His goal was simply to travel not start a business. The preference was to sincerely dedicate himself to his experiences. Yet, over time, as the audience grew and became increasingly dialed into Gary’s travel and “brand” experience, he recognized a significant opportunity. Sponsorship and endorsement opportunities followed and Gary now works with G-Adventures, the world’s largest adventure travel companies and with Allianz Insurance (particularly travel insurance), one of the world’s largest insurance companies.

His social following boasts well over a million people at this stage in his career.

They don’t really care if I have a blog. They follow me because I’m a traveler and because of the quality of work I’m producing. I’m not really going to be showcasing that work if my site is not under my control.

About five years ago, during a Google search of his site, Gary discovered that the results returned ads for Viagra, Cialis and other pharmaceuticals. This event is a type of pharma-hack, and can be summarized as a vulnerability which is exploited and used to return search engine results for a variety of pharmaceuticals rather than the intended site.

It was very strange. I didn’t understand what was going on. I realized that I had been infected with something that only showed those results to Google. I had no idea my site was infected. And, it was like cancer. It was everywhere.

The occurrence presented a challenge for Gary. His expertise was not in tech or the internet and his passion was certainly not website security. A solution was needed, however, this was not a space with which he had familiarity. The “business” was about three years old at the time and still very young. The long term implications could present additional challenges to the high-quality brand he was known to deliver. Using the power of his network, he tapped in and worked to determine the best solution.

I asked around and someone said I should contact Sucuri because they had a problem with which Sucuri had helped. That’s exactly what I did, because I tried for hours to research the problem. I contacted Sucuri and they fixed it in a couple hours. Boom. It was done. Ever since then, I’ve been using them and more importantly I’ve been telling everyone else about them. I encounter younger bloggers who encounter problems with security ever so often, and the first thing I tell them is, “Go, to Sucuri.”

The solution was a proven success. The simplicity and efficiency left a significant impression on Gary and urged him to continue protect his website, and therefore his brand.

A lot of what I do is not just advertising or raw web traffic, but it’s also based on the authority I have as a traveler and a photographer. I think you lose a lot of that if you can’t take control of your site. [Downtime or a visible hack] can totally mess up the business. There’s a certain element of professionalism you must have. When people are searching for your site and results for stuff like “Viagra” are returned, that doesn’t look good. You’ve lost of control of your site and risk potential penalization by Google, possible traffic reduction and the potential use of the hacked site to attack other people. There’s nothing good that can come of it. It’s bad all around.

Less concerned about the quantity of revenue, and more focused on the quality of experience, Gary leaned on Sucuri and found the passion for their security space allowed him to more fully and completely enjoy his passion pursuits. Clearly, having a comprehensive security solution would save both time and money, yet freedom from worry is a benefit to which attaching a metric is difficult to do, despite its impact.

Gary’s true passion for travel typically denotes his unavailability to manage a security crisis on behalf of his business.

I’m usually in foreign countries with bad internet connections, and I don’t have the mental bandwidth, and sometimes the literal bandwidth to be monkeying around with my site. Having [Sucuri] checking the security of my site is just one more thing I don’t have to worry about.

With that truth identified, Gary has implemented a solution that will effectively work to reduce, if not eliminate, the need to micromanage security on his website. While on travel, he can enjoy his passion and trust that the team at Sucuri will be equally passionate about protecting his brand, his audience and his site.