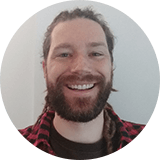 The competition is high. We don’t want to risk (our audience) having a chance to listen to other radio stations.

More than three decades ago, long before the phenomenon of globalization reached South America, Antena 1 had already brought thousands of Brazilians closer to music top hits, trends, and world news. Founded in September 1975, Antena 1 emerged as the first commercial FM radio station to create its own exclusive and differentiated programming. In other words, while the market used the AM programming to supply the FMs, Antena 1 bet on a new language – technology.

In the early 1990s, it contracted the use of a satellite channel for network transmission and deployed state-of-the-art software. Antena 1 became the first network of FM transmitters in Brazil to operate automatically via satellite, with the same programming being live broadcasted in real time for 24 hours.

Today, the company has 20 radio stations spread across the main Brazilian capitals and offers 56 minutes of music per hour to millions of listeners in about 700 cities. With over 100.000 pageviews per day (during the peak times about 25.000 congruent listeners), Antena 1 ranks as Brazil’s number one online radio station.

When the site is offline, you can literally see the listeners migrating to other radio stations because they want to listen to music NOW. We can’t risk this, as there is always a chance of losing those listeners forever, not just for today.

Felix Butzbach has been the IT department’s Web Supervisor for roughly two years. In short, he takes care of the website and everything related to the internet at Antena 1.The site is hosted on two dedicated servers – one for backup, one for production – that are located in Germany. During this time, the site and server setup had seen many changes and was constantly improved to deliver a more constant and feature-rich experience for the listeners. The page is written in php and based on a custom framework. Even though great care was taken to follow all website best practices, regarding security and performance, there have been problems.

He doesn’t use a CMS; instead he developed his own custom PHP framework. His boss asked Felix to implement it for security reasons because he thought they were suffering from DDoS attacks, and a bespoke site might help them mitigate the problem.

Though Felix had made all the necessary checks for malware, he found nothing substantial to address the downtime issues. Nevertheless, the reality told another story. First, images stopped loading on the website. Then Antena 1 received constant calls, angry emails, and loyal listeners reaching out to them through every social media network. The Antena 1 website was down for several hours. The problem was very clear – every second the site was down, no one could listen online.

Our service stopped and overloaded. It was also related partly to internet server malware customizations. We were quite sure we had an attack. It wasn’t good.

Felix quickly did some comparison shopping with other vendors but found value in Sucuri’s Pro plan initially. Once he made an account on the page and set up everything, he was guided through the process of getting the servers back up and running.

It was discovered that some parts of the site were blocked. Then Felix and his boss decided to upgrade to the Business plan to offer a few additional features not present on Professional:

To not have this problem anymore and as well to use some other features of Sucuri, we did the switch and are super happy since then.

For online radio, Felix’s job as a system administrator is integral in succeeding. The Antena 1 website must be “alive” at all times for listenership. It was imperative to have the support and solutions from website security experts. With Sucuri on their side, Antena 1 has seen its last days of downtime due to malware, DDoS attacks, and security issues.

It’s a good feeling that someone else is taking care of the bad guys.

The number one value Felix takes away from this experience, is the feeling of being secured. For two years since signing up with Sucuri, there haven’t been any security problems and the CDN functionality helps Felix and the IT department a lot with it’s quick caching that speeds up the performance of the website – something very well recognizable when turned on.

In conclusion, Felix will gladly have Antena 1 renew again with Sucuri.