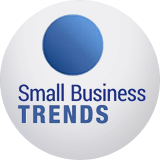 Accidents are a fascinating way to start a business. Anita Campbell’s story does not disappoint. She simply stumbled upon her business after a passive suggestion from a friend. Though the business would become a powerhouse, an unanticipated turn of success stemmed from it, would create a target for would-be hackers.

In 2003, there were not many active (or popular) business blogs. When Anita Campbell was told to investigate blogging, she was understandably unsure of what to expect. Nonetheless, she looked into this new information-sharing concept and was impressed with its functionality and its natural draw. Campbell had already launched a consulting business after leaving the corporate world and decided to take another step toward the future. Using Blogger.com (prior to the Google acquisition), she launched the business blog: smallbiztrends.com and simultaneously ran a newsletter by subscription. In less than a year, the site garnered more visitors than there were subscribers to the newsletter. Campbell soon decided she liked publishing more than consulting. Ultimately, “the blog ate the business”. Due to focus and hard work, and the introduction of a new niche in the blog market, there was positive and dramatic growth.. However, along with the success came some very unwelcome attention that nearly spelled disaster for the up-and-coming online publication.

Present day, Campbell’s multiple websites total more than two million viewers per month. There is also a digital monthly magazine that selects content from the websites then organizes and optimizes the content for consumers who may want to print or share the articles. This effort reaches more than 80,000 subscribers. Additionally, more than 16,000 articles from a variety of authors have been produced and published on the smallbiztrends.com site alone. BizSugar.com, another site created by Campbell, is a membership site with more than half a million members. Regarding her initial success, Anita recalls:

There weren’t many business blogs back then. While there were blogs, people were mostly using them for personal journals. And, I like to write about business things. I love to read business articles. No one was really doing independent publishing/blogging on business topics. It was a great opportunity-being in there at the right time.

Some thirteen years after starting out, Campbell’s websites remain relevant, useful, and popular even as the online business and magazine concepts had become more commonplace. Campbell credits her perseverance and her team’s fresh and innovative ideas as the source of resilient achievement. To prevent becoming stale, or decline in popularity as other information sources experience, the team made special efforts to source new and interesting voices from guest contributors before the concept of guest contributors was even popular. In fact, early on the team had to literally beg for input from guest contributors.

A Crisis of Mass Proportions

As Campbell’s websites became increasingly recognizable, they also became the target of attack:

We were hacked many times- sad to say, and, it was very-very frustrating. As soon as we would think we were making a little progress, something would happen, and it would set us back. You know the saying, ‘two steps forward, one step back’? Well, in our case it was, ‘two steps forward and THREE steps back’-because something happened. When we had a security breach, we would have to drop everything and work on fixing that. I know there was a period where we didn’t even realize we weren’t really fixing it. We thought we’d fixed an issue and then a week later, it turns out, we hadn’t really corrected the underlying issue. That, to me, was the straw that broke the camel’s back.

Unfortunately, the incidents would continue for well over a month after they began. In the middle of the turmoil, the situation went from bad to worse when the hosting provider asked Anita to move the site off their servers due to the ongoing issues. Finally, she mandated the deepest of deep dives into the site. The team then discovered a backdoor in the software that had not been addressed.

Desperate for a solution, she began to search forums for suggestions from others. Sucuri was mentioned by a random forum member. Anita took note and sought the assistance her organization needed.

A Time To Solve

I found out about Sucuri through an Internet forum. Someone was talking about the services and recommended them. I went to the website, checked it out and thought, ‘Oh, this is a very reasonably priced service. And, if it can give me peace of mind, it’s a no-brainer!’

The reality for Anita, and many others, is a website compromise can cost much more than it seems on the surface level. After the back and forth emotional rollercoaster she experienced, Anita addresses her current position with the Sucuri security solution in place:

Everyday we can lose thousands of dollars from advertising revenue. Beyond that, there is harm much greater. There is harm to the brand if visitors don’t feel they can trust the site or it’s unsafe to go to your site. It’s hard enough to get visitors and loyal readers, but to lose them because of something like a security breach-to me it’s like a horror story. While it’s hard to calculate loss of brand value, I know the loss is in the realm of thousands of dollars a day just from what we’d lose in revenues and employee time in dealing with the mess.

The security solutions Sucuri provides in detecting any security breach, have given Anita back the freedom to pursue her calling as an entrepreneur, a calling which she holds in high regard. Now, Anita Campbell and her team can focus solely on moving forward and publishing amazing business content for the masses:

I don’t have to feel like at any moment the other shoe will drop and there’s a new problem-because we have a solution that will monitor and will alert us and help find the underlying cause. That, to me was like ‘AH! This is what we need!’ Because you can’t move forward if you’re going along and you think everything is alright-then all of a sudden Google blocks your site because they claim you have malware on your site. You didn’t even know it, and now suddenly you have to drop everything and deal with it because it’s a crisis in your business. You